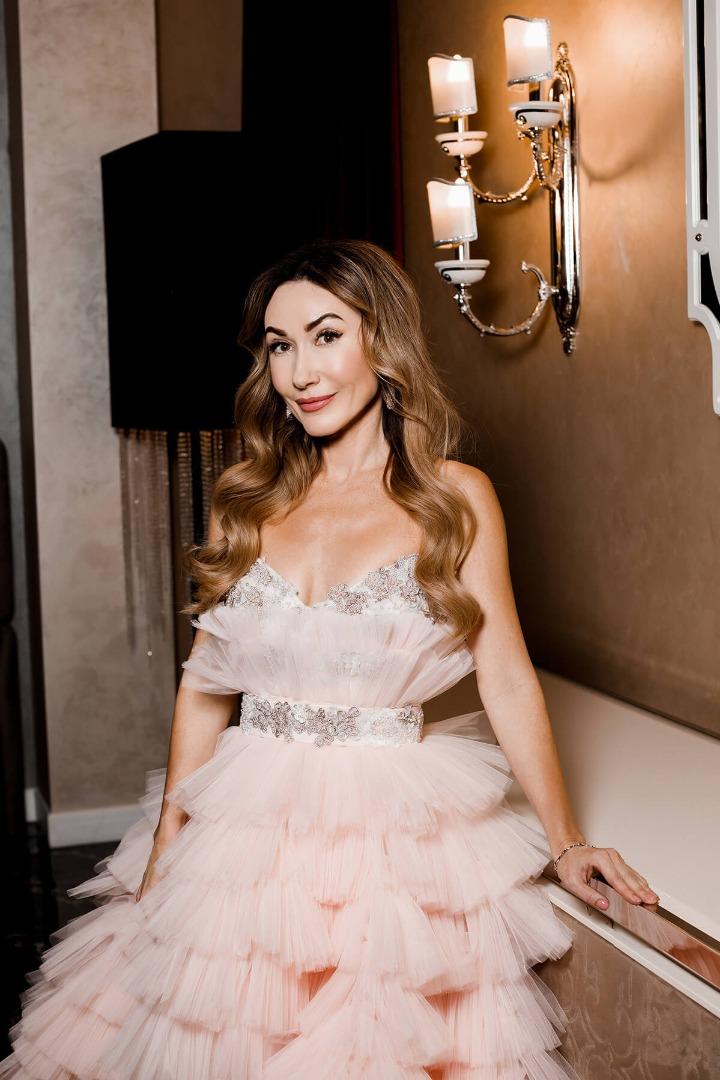 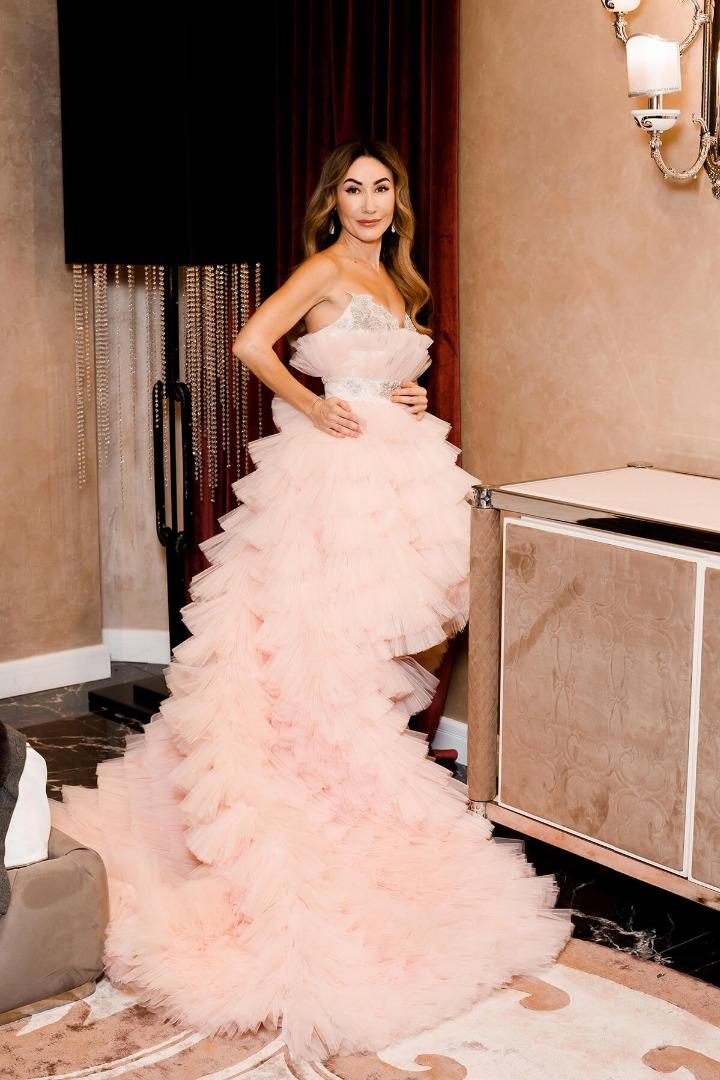 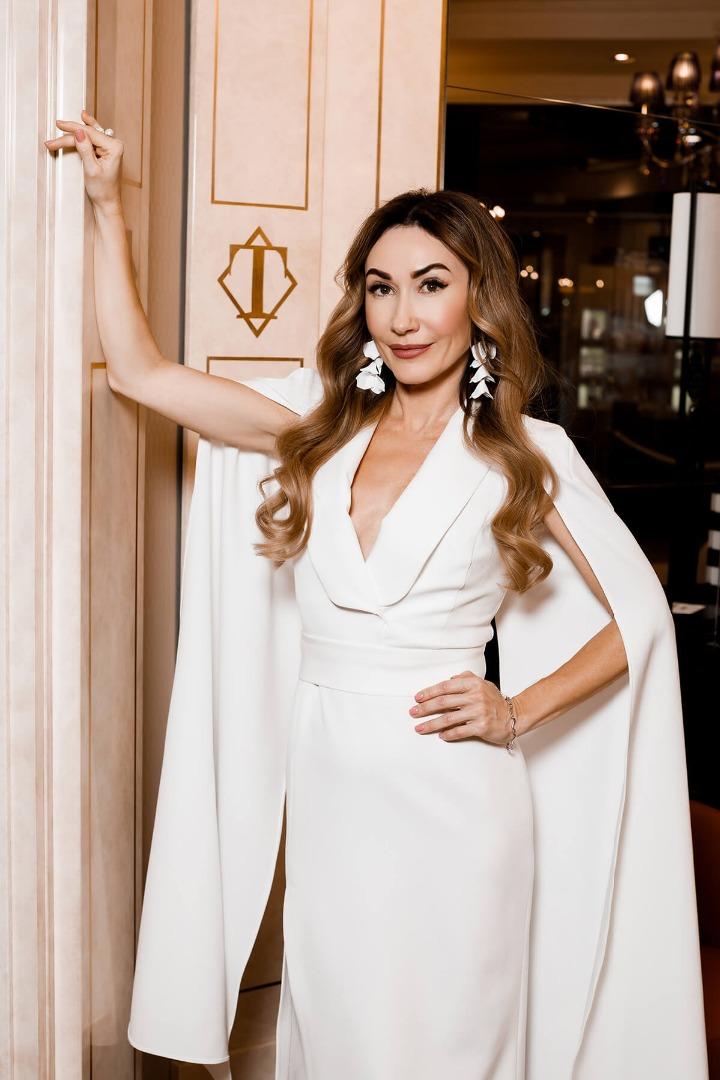 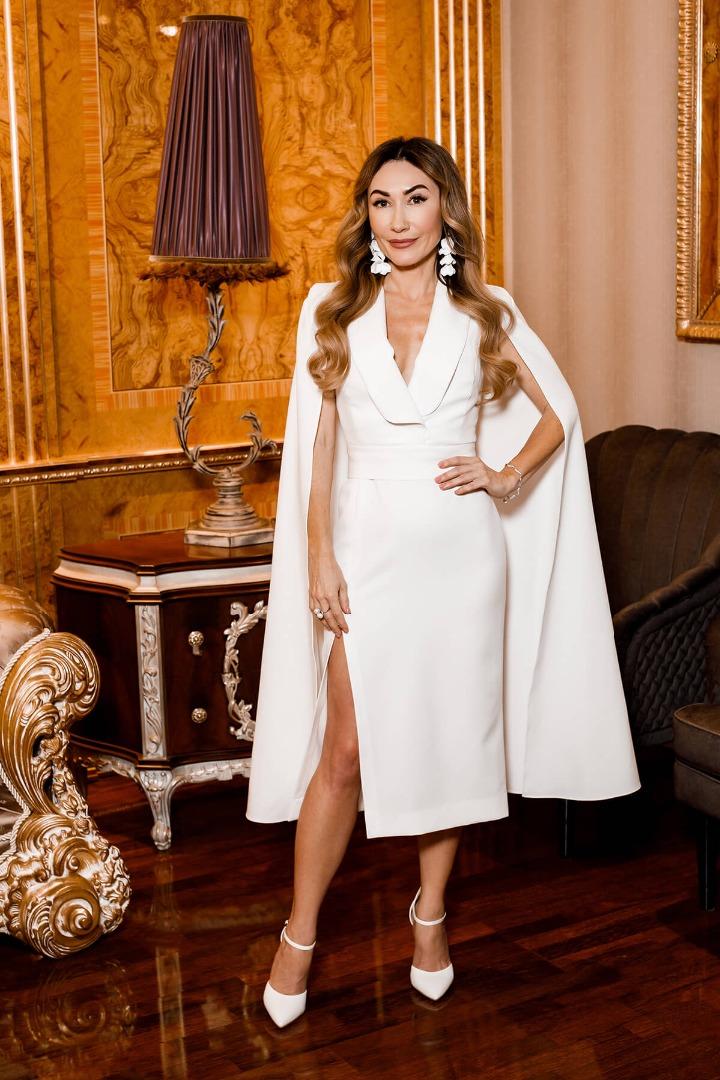 Olena obtained her higher education at Donetsk National University, where she graduated from the department of Roman and German philology and got a diploma with honors in German and English languages and qualifications of English and German teacher and translator. Apart from that, she obtained the diploma of a TV host at MEDIASTAR TV school.

After graduation she spent a couple of years building her career as a part-time translator at Donetsk Chamber of Commerce. After the birth of her oldest child, Olena got the position of an import manager at a curtain salon where she soon became a manager. Later the young woman became a manager of the whole chain of textile salons around Ukraine.

In 2009, Olena along with her partners founded her own company MODNASHTORA in Donetsk. This period is marked by a fruitful collaboration with premium class hotels, textile decoration of main offices of metallurgic plants and industrial companies, and private premises both in Ukraine and abroad.

However, in 2014, because of the military conflict in Donbas, Olena and her team were forced to relocate to Kyiv. Only the faith in her abilities, a strong team and support of her close people helped the young woman raise up her business from the ashes. At present the MODNASHTORA company is successfully developing; they expand their geography and collaborate with leading designers and architects in Ukraine, Europe and America.

When choosing the direction for her new business ideas, Olena always goes for things that are close to her and bring her joy. In 2010, being a mother to two sons, the woman and her partners managed to launch one more innovative project and started the very first premium class International Center of Early Development for Kids “BRILLIKID”. The unique institution was employing Montessori methods and gave the pre-school children a chance to be educated in two languages. In 2013 the Center received the award by the President of Ukraine as the best innovative educational project in Ukraine! In January 2019, Olena with a team of like-minded people went large-scale and started a kindergarten in Odesa. In a year's time this institution was awarded the well-deserved title of “The Legacy of Odesa”.

“I consider kids to be the future of the country, which is why the sphere of education is very important for me. My goal is to transform the educational system of Ukraine as a whole. My dream is, using an example of my own comprehensive school, to show that education can be a service, that it can produce high-quality products and can become a LOVEMARK, i.e. make children and adults love the process of education,” tells Olena.

With their own example, Olena and her team constantly prove – there is service and high-quality product in Ukraine, may it be textile or education.

There were a number of life-turning events in the young woman's life – her admission to the university, transformation from a translator into a project manager, the launch of the BRILLIKID project and relocation to Kyiv among those. Each of these events had an immense impact on Olena, made her stronger and gave her priceless experience and true friends.

However, it is Olena's mother whom the woman considers to be her most significant person, her mentor and her role model. She is a real friend to her daughter and she spent all her time and effort into her upbringing. They spend a lot of time together; they travel, support Olena's younger son who is a professional footballer and is writing a book on the history of football. The young woman herself loves playing tennis, swimming and starts every day doing something active. The sources of her inspiration are art, books, family travels and parties which Olena loves arranging for her friends, employees, clients and colleagues.

Still, her main motivators are her happy clients and children from the kindergarten Olena manages.

She adds,”I admire modern women, who are strong, brave and independent. Their ability to show themselves and their actions inspire me to create and move forward. Onсe I heard a phrase by a famous blogger - “use every chance given to you in your life”. Today Mrs. Ukraine International 2022 contest is such a chance! A chance to make a statement about myself and, probably, become a source of inspiration and strength for someone else.”