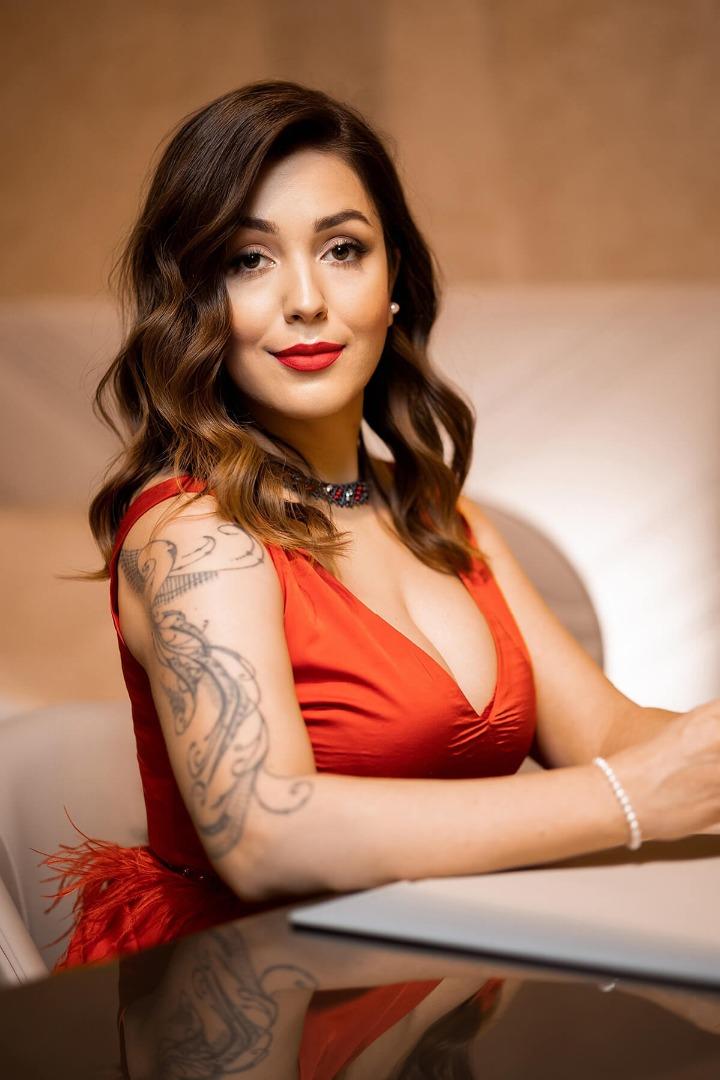 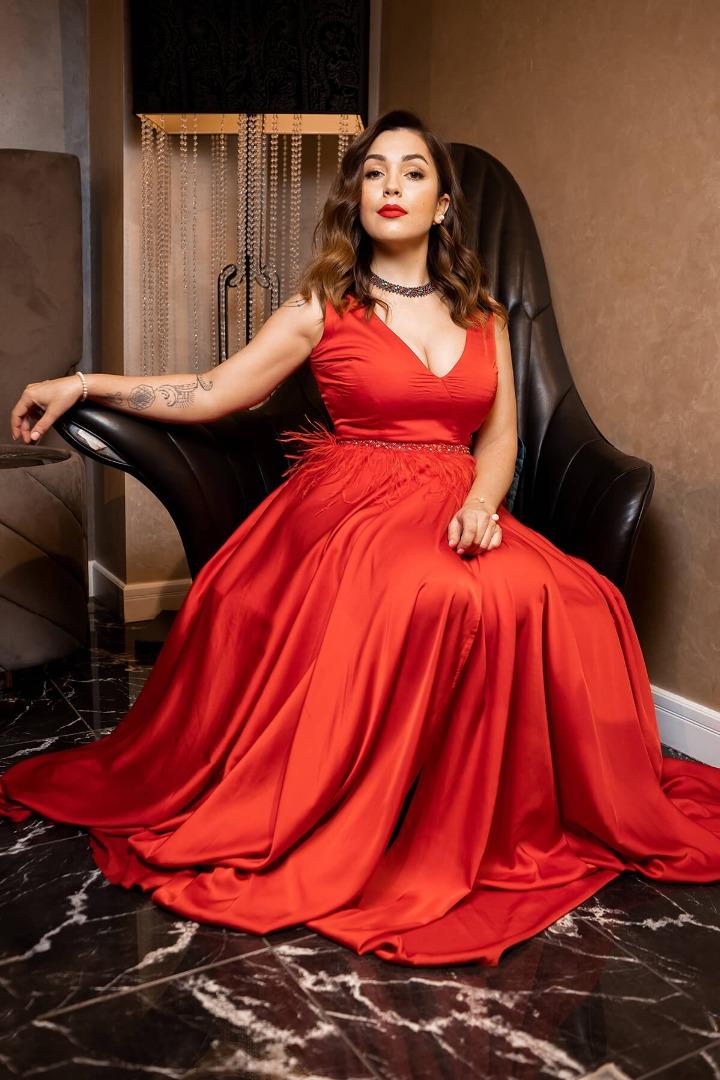 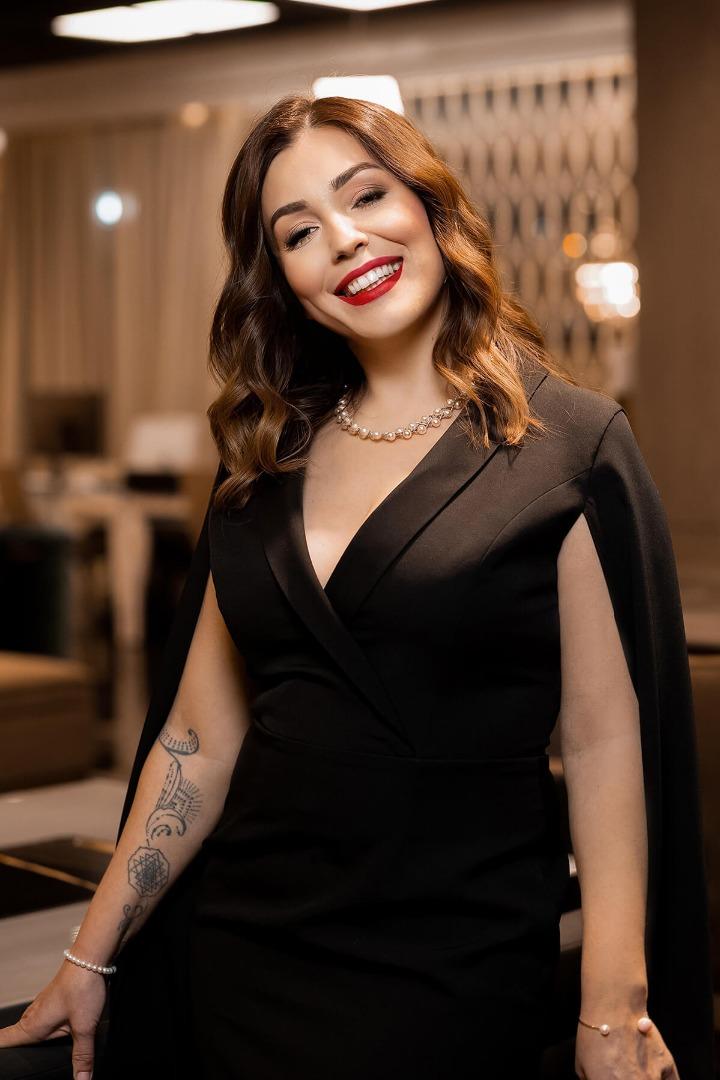 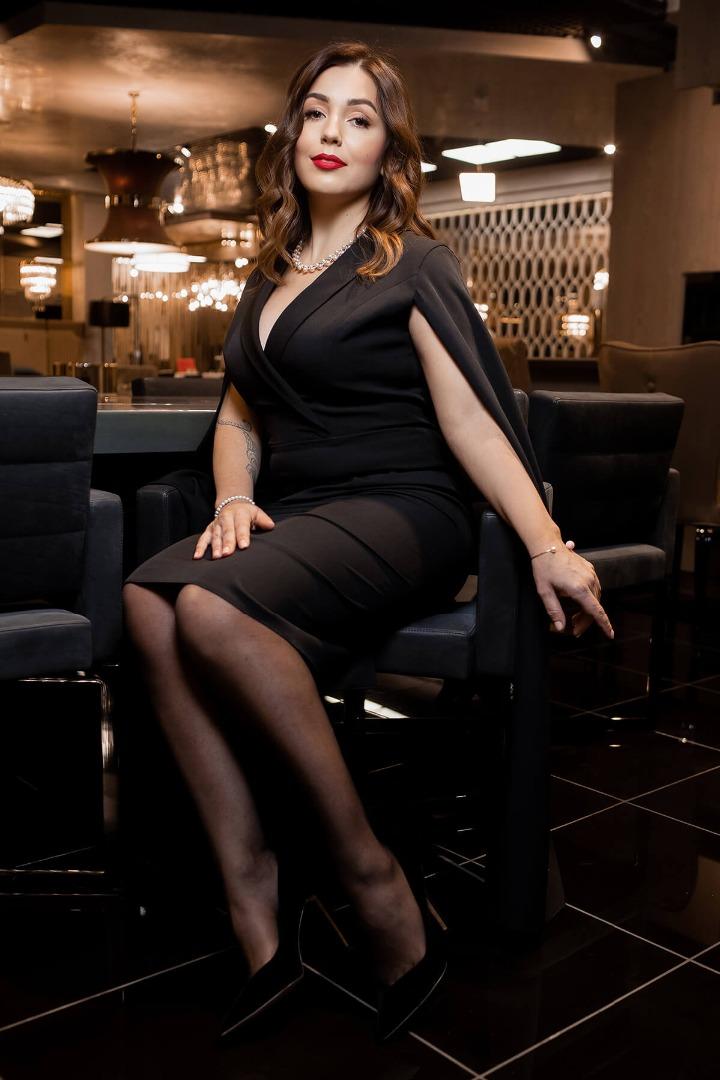 The young woman is married and has two children – her son Ian is twenty-two and her daughter Uliana is four years old.

For more than 25 years Olena has been working as a choreographer; some time ago she became the owner of Exotic Pole Dance Academy dance studio. In 2013 she organized the pole dance championship which is one of the best-known large-scale events in Ukraine and abroad. In 2020 Olena had the idea of her “Age of Happiness” project, which she later registered as a trademark. It is a project for women which aims to help them open their potential, capabilities and sexuality through movement and dance. The young woman also works in the sphere of body-oriented therapy as after many years working with the body she sees how movement along with a chance to express oneself in a dance changes for better the lives of women of different ages.

“My vocation is to be a teacher. Women come to me not only to learn how to dance, but also to understand and accept themselves and their feminine nature,” says Olena.

One of the most important prerequisites for success is the ability to love people along with professionalism. Having gone through different stages of her life, such as harsh competition and loss of her business, Olena has always known that she possesses the above mentioned qualities and she clearly understands what she can give people. This has been proven by dozens of grateful students and clients who, thanks to Olena's methodology, have changed their lives for the better.

She considers all her teachers and professors to be her mentors, starting from those who taught her at arts college to world-class choreography instructors. Her most significant people are, of course, her husband Oleksii and their kids.

Olena's most difficult decision was taken in 2019 when she was forced to close her dance studio and work outside the framework of an ordinary dance instructor. Today the woman is able to give more to her students without being limited by the walls of a dance studio.

Motherhood has also been a life-turning experience for Olena, especially if we take into account that her children were born with 18 years of difference in age. Our heroine thinks that being a mother to such kids is interesting, yet not easy.

Qualities that Olena values the most are reliability, loyalty, empathy and diligence. Though, this does not mean that she would not befriend people without these traits. Being in the middle of a large social circle, she loves everyone regardless of their status and character.

The woman does not have much free time as her young daughter requires a lot of attention and it is not easy to run around playgrounds when you are 45. Olena loves painting and is keen on art-therapy; she plays tennis, loves learning languages and, of course, goes dancing on every occasion.

Learning is her never ending resource! Her plans and aspirations about her project also give her strength to move forward despite the hardships. Art-therapy and numerology are another resource which helps her find out more about herself and other people. For nine years Olena has been practicing silent meditation which allows her to stay alone with her thoughts.

The decision to take part in Mrs Ukraine International contest was taken in order to tell more people about her project and to make women over 50 understand that their lives are not over and they have a great chance to come and enjoy dancing. By the way, the oldest participant of the pole dance competition was 55! Olena sees the stage of the project as a wonderful site to express herself as a woman who can change the world for better and to show that you can beautiful, charming and sexually attractive.